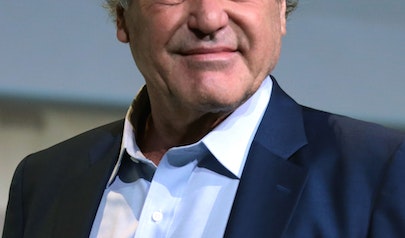 Billy Hayes: Oh, I know. I already know. I know that you are a bad machine. That's why the factory keeps you here. And do you know how I know? Huh? I know, because I'm from the factory. I make the machines!”
— Billy Hayes, Midnight Express
Tagged: bad machines, Mental Illness, Mental Torture
“The richest one percent of this country owns half our country's wealth, five trillion dollars. One third of that comes from hard work, two thirds comes from inheritance, interest on interest accumulating to widows and idiot sons and what I do, stock and real estate speculation. It's bullshit. You got ninety percent of the American public out there with little or no net worth. I create nothing. I own. We make the rules, pal. The news, war, peace, famine, upheaval, the price per paper clip. We pick that rabbit out of the hat while everybody sits out there wondering how the hell we did it. Now you're not naive enough to think we're living in a democracy, are you buddy? It's the free market. And you're a part of it. You've got that killer instinct. Stick around pal, I've still got a lot to teach you.”
— Gordon Gekko, Wall Street
Tagged: Bullshit, the 1%, Democracy, Free Market, killer instinct, business movies
loading next page...
“That's all there is; there isn't anymore.” —Ethel Barrymore