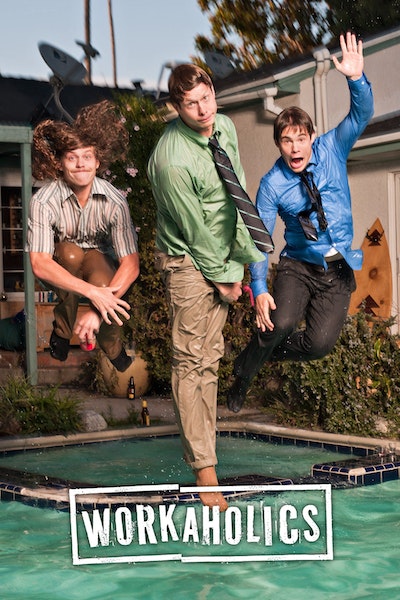 Workaholics is an American sitcom that premiered on Comedy Central on April 5, 2011. The series is in its third season, and is predominantly written by its stars Blake Anderson, Adam DeVine, Anders Holm, and co-creator Kyle Newacheck who play, respectivel
Watch Workaholics Online