“We had a question this morning: How do you come up with names for characters and places in Science Fiction and Fantasy? Easy. STEAL 'EM.

Kidding. You can't have Mr. Spuck go to Chogwarts. But you can take inspiration. Start by considering names that stuck with you. Why?

Luke Skywalker = Timeless Biblical name + portmanteau of something space-y. There's a rhythm, a grandness to it. Sounds like destiny.

They key here is that things are close enough to words/names we know to seem reasonable and be memorable. Your mouth can make the sounds.

Start with a base and get creative. I used Old Norse in Phasma. Some Fantasy uses Latin or Old English. What's the flavor of your world?

So you can pick a base, a sound, a vowel you like and riff on it when you're alone. Say it out loud. How does it feel when you say it?

Other great sources for names to steal/riff on: Old tombstones, old phonebooks, old maps, Behind the Name, the SSA census list online.

Caveat: If you're blatantly borrowing from a different culture than your own, be super careful and do your research.

The key is saying the name. Tasting it. Cadence is important. Your reader's going to see that name 600+ times. It should be tasty.


Especially unusual but still approachable names *really* grab us. 7 of 9? Jayne? Eleven? Blade? Character must live up to that promise.

Time for my personal pet peeve: Introducing a protagonist as Katherine "Kat" Smith. No one does that in real life. She's just Kat.

Naming is super fun, but don't let it slow you down. You could daydream a perfect name... or write 2000 words. Guess which one matters?

I'll often just slap Tom or Mary name in while first drafting, and at the end, I know the right name. I do a Find & Replace. Boom. Done.

Trust your instincts with names. If one pops into your head, don't spend 3 days mulling it. Just start writing. Perfect doesn't exist.

Planet names are funny, though. 'Earth' sounds like a dying groan. Consider: Was the planet named by outsiders or natives? Why?

The main thing about names is that you don't let them slow you down. The character makes people love the name, not the other way around.

As a new writer, I thought a name could make or break a protagonist/story. Nope. It's just another aspect of worldbuilding.”
— Delilah S. Dawson, via twitter.com
Tagged: Writing, Writing Tips, naming characters, Writing Advice
Appears In: Writing Quotes
Share on Facebook
Share on Twitter 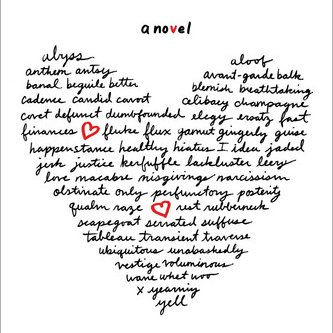