“I am a huge Woody Allen fan. Although I've only seen 'Antz.' But I'll tell you something, what I respect about that man is that when he was going through all of that stuff that came out in the press, about how 'Antz' was just a ripoff of 'A Bug's Life,' he stayed true to his films. Or at least the film that I saw, which, again, was 'Antz.' Thing is, I thought 'A Bug's Life' was better, much better than 'Antz.' Point is, don't listen to your critics. Listen to your fans.”
— Michael Scott, The Office, Season 7: Threat Level Midnight
Tagged: Movie, Woody Allen, awkward, controversial, ripoff, Critics, Fans, Bad Advice
Appears In: Quotes To Make You Smile
Share on Facebook
Share on Twitter 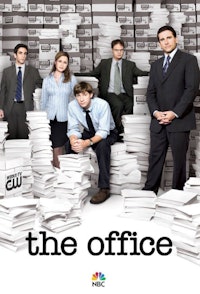