“[as Ben studies, visions of his friends and family appear before him]
Vito Paducci: Ben, what are you doing sitting up studying? You've got the answer sheet in your pocket. Doesn't that bed look mighty comfortable?

Ben Seaver: [scoffs] I can't cheat, Vito, they're onto me!

Vito Paducci: You're not thinking. You don't have to get them all right; just make sure you get a couple wrong.

Ben Seaver: Well, how do I do that?

Vito Paducci: Just be yourself.

Maggie Malone Seaver: [evilly] Ben, you bring home another D in Science, you'll see a side of me you have never seen before!

Carol Seaver: [shown in a kangaroo suit] Ben, if I hadn't mentioned it before, let me mention it now: you're a real disappointment to me and the other marsupials.

Dr. Jason Seaver: Of course it's not okay to cheat!

Vito Paducci: Hey, who will know?

Mike Seaver: They are witches, Ben!

Stinky Sullivan: What else can we do? 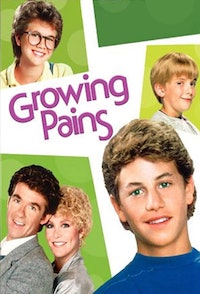