“Those of you waging a war against vaccinations, you're going to lose that war, vaccines won the Revolutionary War. See at that time there was a big outbreak of smallpox, not to be confused with great pox, which is what they called syphilis, that led to the great 18th century pick up line, 'Come on baby, it's only smallpox.' Anyhoo, the British had a natural immunity to small pox, so in a early version of biological warfare, they would intentionally spread the disease to our colonists by sneezing in public or borrowing our Chapstick. We had our own secret weapon: George Washington. He would inoculate the troops using a technique called variolation. If you're eating right now I'd suggest you put down that fork. Because variolation is where you poke one of your infected buddy's infected sores and insert the goo under your own healthy skin. This led to the popular 18th century expression, 'This century is gross!' But it worked. The small pox rates plummeted and we won the war. So you see if it hadn't been for vaccinations we would have lost the war, we'd all be British, football would be soccer, we'd be eating bangers and mash, and 'spotted dick' would be dessert.”
— Mike Baxter, Last Man Standing, Season 4: Big Shots
Tagged: variolation, George Washington, Revolutionary War, Spotted Dick, Syphilis, ChapStick
Share on Facebook
Share on Twitter 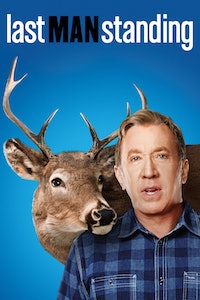