“Lemon, there was once a great American named George Henderson. He met a woodland ape or Sasquatch and, despite its dangerous message of environmentalism, became its friend. When the time came to do the hard thing and send it back into the forest where it belonged, and birds could perch on its shoulder because it was gentle, George Henderson summoned the strength and by God, he did it. Did it hurt? You bet it hurt. Like a bastard. But he did it because it was the right thing to do for the woodland ape. You think about that.”
— Jack Donaghy, 30 Rock, Season 3: Goodbye, My Friend
Tagged: American, Friend, George Henderson, Bastard, Woodland ape
Share on Facebook
Share on Twitter 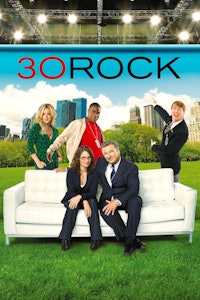