“ You’ll also be whipped, about twenty lashes during each session. The whip has to be used hard enough to leave some good welts for the camera. I don’t want to get you all bloody, so the whip strokes will be concentrated on your thighs, your butt, sex organs, belly, and tits. Even if you’re gagged, the microphones will pick up the sounds. The whip is a great tool for effect.

You may be tempted to strike out, kick, bite, try to scratch me. I wouldn’t do that if I were you….

Just be careful what you do with your hands and feet. If you piss me off, things are gonna get a hell of a lot rougher. A woman scratched me in the face one time and I cut her clit off….

Anyhow, what I was about to tell you a while ago was that there is absolutely no way in hell that you’re going to be turned loose until I’m done with you. Hell, I even picked up one little ol’ bitch, seventeen or eighteen, that told me she had a two-week-old baby at home. And I didn’t doubt it for a minute. Her pubic hair was just starting to grow back where it had been shaved off. Her pussy lips were still swollen and puffy, but the really novel thing was her tits. After I had her for a few hours, her nipples started to leak milk constantly. Made a hell of a mess. Even with all her excuses, I still didn’t turn her loose, and I’m sure as hell not going to turn you loose….”
— David Parker Ray, I, Monster: Serial Killers in Their Own Chilling Words

Excerpts from an audiotape Ray made for one of his bound and gagged victims. 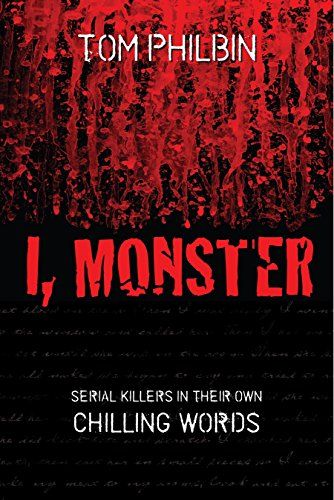 Read:
I, Monster: Serial Killers in Their Own Chilling Words