Sam Rascal: The reality is if you wanna get your own show, you're gonna have to lose some weight.

Kirstie Alley: Well, why can't I just get a show first and then lose the weight.

Sam Rascal: That's not the way it works, my friend.

Kirstie Alley: You know what, my friend, it does work that way with the guys. I mean, look at John Goodman, he's got his own show! And Jason Alexander? He looks like a fricken bowling ball, and how about James Gadol... uh... fino! He's like the size of a whale. He is way, way, way fatter than I am! Alright? And do you think... Sam, listen to me, listen to me! Do you think they said to Marlon Brando, listen, hey Marlon, you're a little bit too fuckin' fat to do Apocalypse.

Sam Rascal: But they are all men. 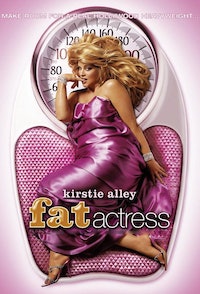