“It’s very easy for a writer to be unrealistic. I have not lost my interest in politics, but I have come to realize that, in cases of social or political injustice, only two things are effective: political action and straight journalistic reportage of the facts. The arts can do nothing. The social and political history of Europe would be what it has been if Dante, Shakespeare, Michelangelo, Mozart, et al., had never lived. A poet, qua poet, has only one political duty, namely, in his own writing to set an example of the correct use of his mother tongue which is always being corrupted. When words lose their meaning, physical force takes over. By all means, let a poet, if he wants to, write what is now called an ‘engagé’ poem, so long as he realizes that it is mainly himself who will benefit from it. It will enhance his literary reputation among those who feel the same as he does.”
— W. H. Auden, W. H. Auden, The Art of Poetry No. 17
Tagged: Political Poems, Social History, The Arts and Political Change, Poetry Makes Nothing Happen, Political Injustice, My Philosophy
Share on Facebook
Share on Twitter 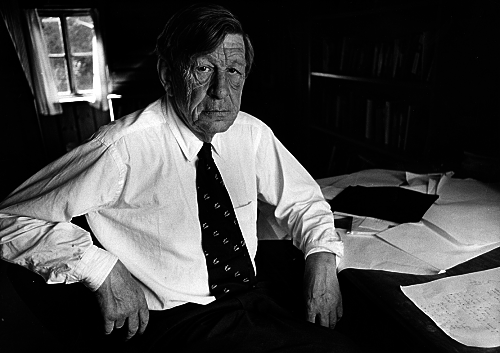 Read:
W. H. Auden, The Art of Poetry No. 17 theparisreview.org