“ I'm not a religious man, but I've read bits and pieces over the years. Curiosity more than faith. But this one story… There was a man, he was traveling from Jerusalem to Jericho when he was set upon by men of ill intent. They stripped the traveler of his clothes, they beat him, and they left him bleeding in the dirt. And a priest happened by, saw the traveler, but he moved to the other side of the road and continued on. And a Levite, a religious functionary, he came to the place, saw the dying traveler, but he, too, moved to the other side of the road, passed him by. But then came a man from Samaria, a Samaritan, a good man. He saw the traveler bleeding in the road and he stopped to aid him without thinking of the circumstance or the difficulty it might bring him. The Samaritan tended to the traveler's wounds, applying oil and wine, and he carried him to an inn, gave him all the money he had for the owner to take care of the traveler, as the Samaritan, he continued on his journey. He did this simply because the traveler was his neighbor. He loved his city and all the people in it. I always thought that I was the Samaritan in that story. It's funny, isn't it? How even the best of men can be deceived by their true nature.”
— Wilson Fisk, Marvel's Daredevil, Season 1: Daredevil
Tagged: Stories
Share on Facebook
Share on Twitter 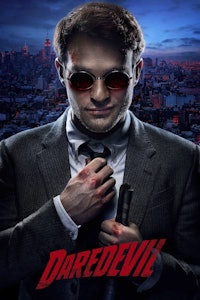