“Somnambulism and other nocturnal deceptions frequently lend their aid to the formation of such phantasmata as are formed in this middle state, betwixt sleeping and waking. A most respectable person, whose active life had been spent as master and part owner of a large merchant vessel in the Lisbon trade, gave the writer an account of such an instance which came under his observation. He was lying in the Tagus, when he was put to great anxiety and alarm by the following incident and its consequences. One of his crew was murdered by a Portuguese assassin, and a report arose that the ghost of the slain man haunted the vessel. Sailors are generally superstitious, and those of my friend's vessel became unwilling to remain on board the ship; and it was probable they might desert rather then return to England with the ghost for a passenger. To prevent so great a calamity, the captain determined to examine the story to the bottom. He soon found that, though all pretended to have seen lights and heard noises, and so forth, the weight of the evidence lay upon the statement of one of his own mates, an Irishman and a Catholic, which might increase his tendency to superstition, but in other respects a veracious, honest, and sensible person, whom Captain ----had no reason to suspect would wilfully deceive him. He affirmed to Captain S---- with the deepest obtestations, that the spectre of the murdered man appeared to him almost nightly, took him from his place in the vessel, and, according to his own expression, worried his life out. He made these communications with a degree of horror which intimated the reality of his distress and apprehensions.”
— Sir Walter Scott, Letters on Demonology and Witchcraft
Tagged: Supernatural, Ghosts, Sleeping
Share on Facebook
Share on Twitter 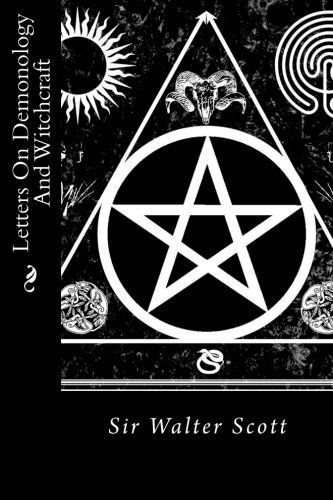