“It sounds like a fairy-tale, but not only that; this story of what man by his science and practical inventions has achieved on this earth, where he first appeared as a weakly member of the animal kingdom, and on which each individual of his species must ever again appear as a helpless infant... is a direct fulfillment of all, or of most, of the dearest wishes in his fairy-tales. All these possessions he has acquired through culture. Long ago he formed an ideal conception of omnipotence and omniscience which he embodied in his gods. Whatever seemed unattainable to his desires - or forbidden to him - he attributed to these gods. One may say, therefore, that these gods were the ideals of his culture. Now he has himself approached very near to realizing this ideal, he has nearly become a god himself. But only, it is true, in the way that ideals are usually realized in the general experience of humanity. Not completely; in some respects not at all, in others only by halves. Man has become a god by means of artificial limbs, so to speak, quite magnificent when equipped with all his accessory organs; but they do not grow on him and they still give him trouble at times... Future ages will produce further great advances in this realm of culture, probably inconceivable now, and will increase man's likeness to a god still more.”
— Sigmund Freud, Civilization and Its Discontents
Share on Facebook
Share on Twitter 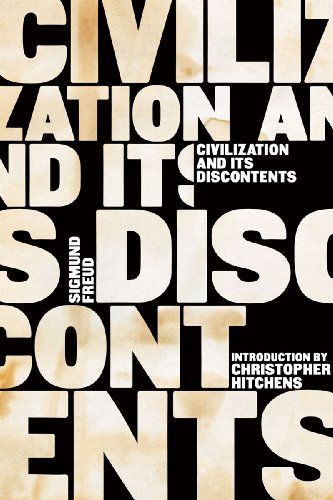 Read:
Civilization and Its Discontents