“The shaikh said, ‘The Caliph has forbidden the Sema.’ This prohibition turned into a knot within a certain dervish. He fell ill and they took him to a specialist. He examined his pulse and looked for the cause of illness. It was like nothing he had ever learned about. He couldn’t find anything wrong with him, but the dervish died. Afterwards, the doctor performed an autopsy and found the knot within his chest. It had become a carnelian. The doctor kept this gem until a time when he needed some extra cash. The gem passed from hand to hand until it reached the caliph, who had the gem set into a ring. One day, that same caliph was attending a Sema, watching from above, when he discovered that his clothes were covered with blood. He examined himself but could find no wound anywhere. He felt for his ring and the stone was gone. Later they traced that gem back to its original owner and the doctor told them the whole story mentioned above.”
— Shams Tabrizi, The Conversations(Maqalat) of Shams of Tabriz
Tagged: Sufism, Caliph, Sema, Autopsy, Blood, Illness, Carnelian
Share on Facebook
Share on Twitter 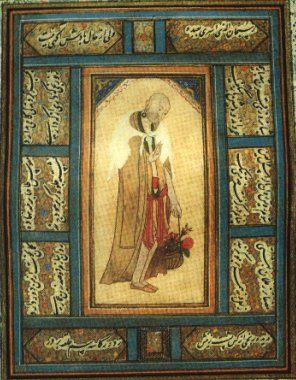