“I used to be a beat cop a long time ago. And I’d get called out on domestic disputes all the time. Hundreds, probably, over the years. But there was this one guy — this one piece of shit — that I will never forget. Gordy. He looked like Bo Svenson. You remember him? Walking Tall? You don’t remember? No. Anyway. Big boy — 270, 280. But his wife … or whatever she was, his lady … was real small. Like a bird. Wrists like branches. Anyway, my partner and I got called out there every weekend, and one of us would pull her aside and say ‘come on, tonight’s the night we press charges.’ And this wasn’t one of those deep-down he-loves-me set-ups — we get a lot of those — but not this. This girl was scared. She wasn’t going to cross him, no way, no how. Nothing we could do but pass her off to the EMT’s, put him in a car and drive him downtown, throw him in the drunk tank. He sleeps it off, next morning out he goes. Back home.

But one night, my partner’s out sick, and it’s just me. And the call comes in and it’s the usual crap. Broke her nose in the shower kind of thing. So I cuff him, put him in the car and away we go. Only that night, we’re driving into town, and this sideways asshole is in my back seat humming ‘Danny Boy.’ And it just rubbed me wrong. So instead of left, I go right, out into nowhere. And I kneel him down, and I put my revolver in his mouth, and I told him, ‘This is it. This is how it ends.’ And he’s crying, going to the bathroom all over himself, swearing to God he’s going to leave her alone. Screaming … as much as you can with a gun in your mouth. And I told him to be quiet. I needed to think about what I was going to do here. And of course he got quiet. Goes still. And real quiet. Like a dog waiting for dinner scraps. And we just stood there for a while, me acting like I’m thinking things over, and Prince Charming kneeling in the dirt with shit in his pants. And after a few minutes I took the gun out of his mouth, and I say, ‘So help me if you touch her again I will such-and-such and such-and-such and blah blah blah blah blah.’ …. Just trying to do the right thing. But two weeks later he killed her. Of course. Caved her head in with the base of a Waring blender. We got there, there was so much blood you could taste the metal. The moral of the story is: I chose a half measure, when I should have gone all the way. I’ll never make that mistake again.”
— Mike Ehrmantraut, Breaking Bad, Season 3: Half Measures
Tagged: Cops, Domestic Disputes, Mistakes, Revolver, Danny Boy, EMT, Prince Charming
Share on Facebook
Share on Twitter 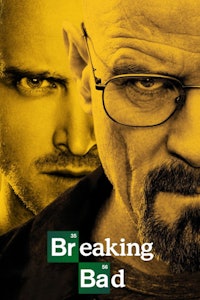