“They came from the southern border. The majority are from Texas, those exact same checkpoints that have been written about before. But because there’s no place to keep them there, they’re being transferred around the country. Interestingly, we do have an immigration detention center in Tacoma, but that’s full because Trump has ramped up detention so dramatically—most of those centers are full now. So these women were transferred to a Bureau of Prisons federal facility that is used to keep everyone from pretrial detainees to the highest-level federal criminals in top security. It’s owned and operated by the federal government. It’s not contracted out. It’s all unionized employees—and that is why these women said this is the first place they felt treated like a human being. There are standards at these government-run facilities.”
— Pramila Jayapal, Rep. Pramila Jayapal—‘They Could Hear Their Children Screaming for Them in the Next Room’
Tagged: Refugees, Bureau of Prisons, Detainees, Employees
Share on Facebook
Share on Twitter 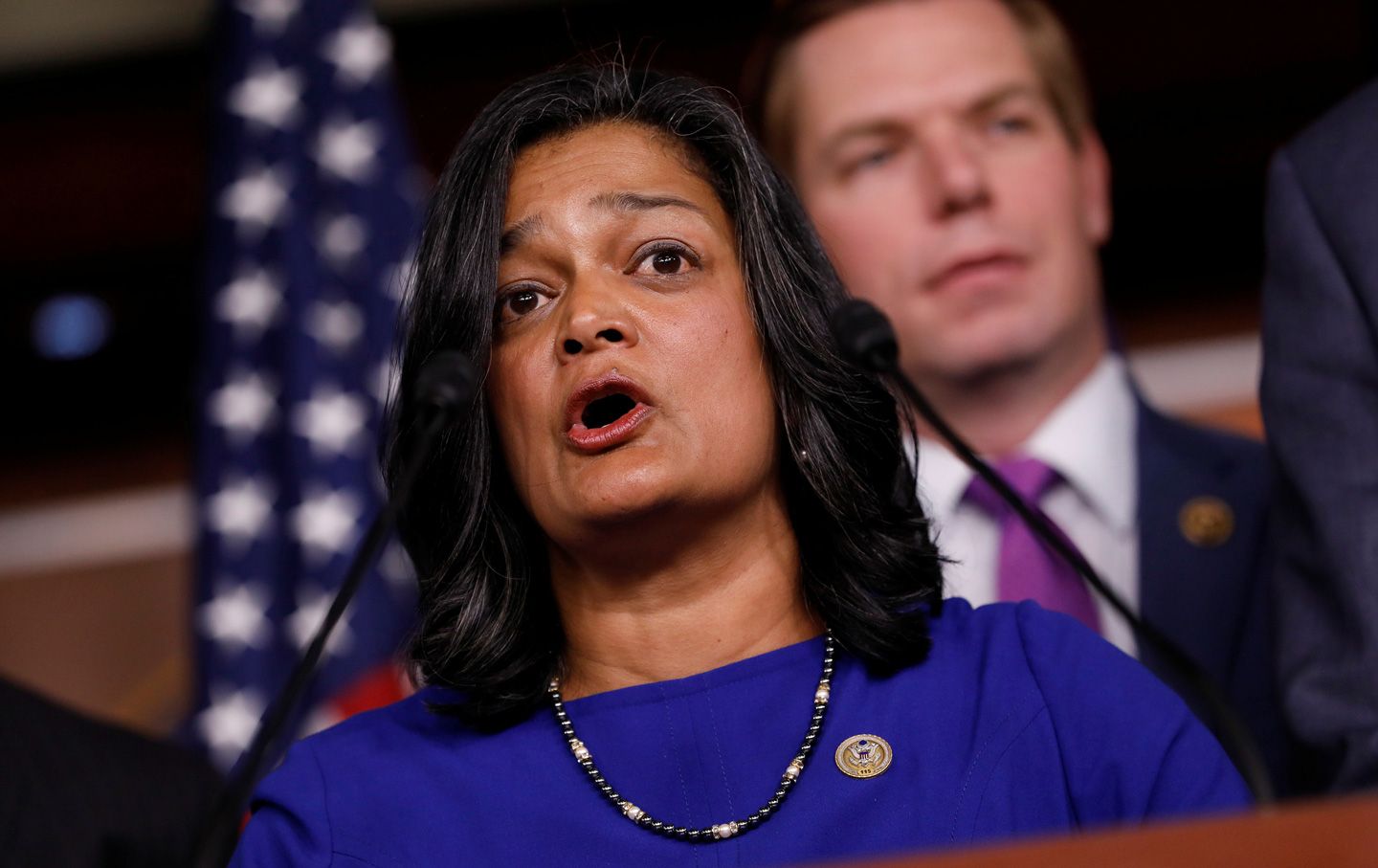 Read:
Rep. Pramila Jayapal—‘They Could Hear Their Children Screaming for Them in the Next Room’ thenation.com