“OLD GRIZZLY ADAMS. [37-*] James C. Adams, or 'Grizzly Adams,' as he was generally termed, from the fact of his having captured so many grizzly bears, and encountered such fearful perils by his unexampled daring, was an extraordinary character. For many years a hunter and trapper in the Rocky and Sierra Nevada Mountains, he acquired a recklessness which, added to his natural invincible courage, rendered him truly one of the most striking men of the age. He was emphatically what the English call a man of 'pluck.' In 1860, he arrived in New York with his famous collection of California animals, captured by himself, consisting of twenty or thirty immense grizzly bears, at the head of which stood 'Old Sampson”—now in the American Museum—wolves, half a dozen other species of bear, California lions, tigers, buffalo, elk, etc., and Old Neptune, the great sea-lion, from the Pacific.”
— P.T. Barnum, Barnum's Humbugs of the World
Tagged: Obituaries, Grizzly Adams, California, New York, wolves, Bears, Tigers, Buffalo, Sea Lions, Rocky Mountains, Sierra Nevada Mountains, Grizzly Bears, Hunter, Trapper
Share on Facebook
Share on Twitter 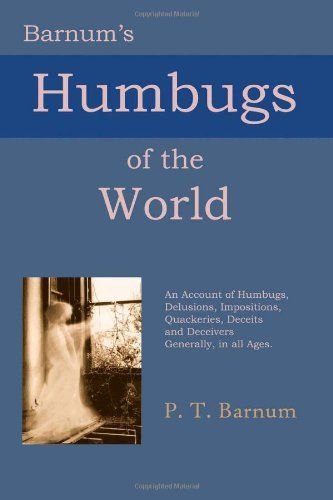 Read:
Barnum's Humbugs of the World