“If the needle lives long enough, one night the needle will suggest Democrats are poised to win, even as Republicans hold a lead in the tabulated vote. In the end, the Republican candidate will survive as a major urban center doesn’t yield as many votes as the needle imagined. Or alternately, the Republican will be favored all night, only to be overtaken because of an unexpectedly large Democratic turnout.

Keep these possibilities in mind if one candidate tonight has a 90 percent chance of victory at some point. You won’t have any way of knowing whether the 10 percent chance of an upset is about to become a reality; know only that such a thing could really happen. If an upset wasn’t a possibility, the model would assess a 100 percent chance of victory. And if the needle was always “right,” then our probabilities would be quite wrong.”
— Nate Cohn, The Needle’s Back. Maybe This Time, It Will Really Be Wrong.
Tagged: Politics, Predictions, Polls, elections
Share on Facebook
Share on Twitter 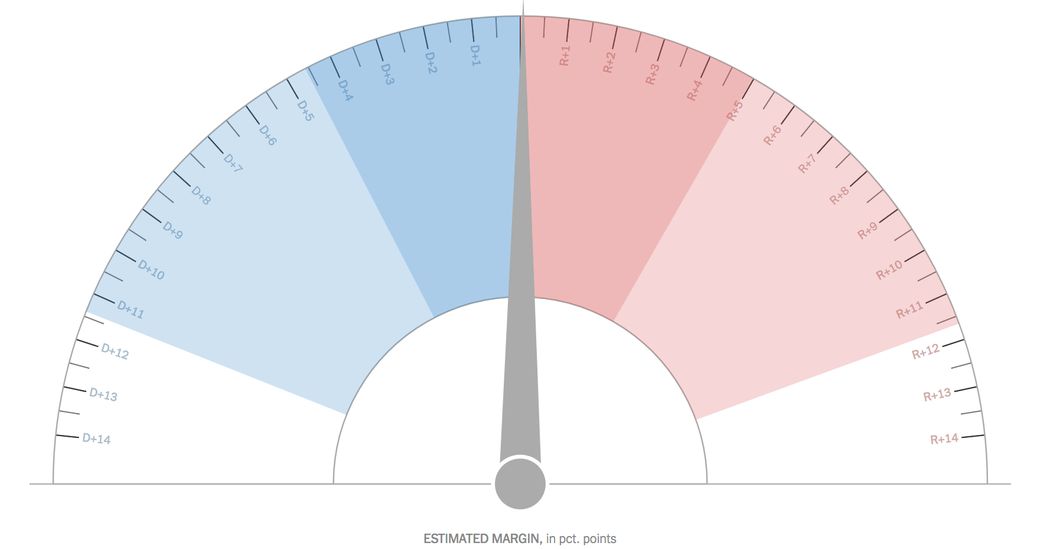 Read:
The Needle’s Back. Maybe This Time, It Will Really Be Wrong. nytimes.com