“I cannot help saying quite harshly and bluntly that the Jewish people came to grief and disgrace because of its own ‘Positive Christianity!’ It (the Jewish people) bears a curse throughout the history of the world because it was ready to approve of its Messiah just as long and as far as it thought it could gain some advantage for its own plans and its own aims for Him, His words and His deeds. It bears a curse, because it rejected Him and resisted Him to the death when it became clear that Jesus of Nazareth would not cease calling (the Jews) to repentance and faith, despite their insistence that they were free, strong and proud men and belonged to a pure-blooded, race-concious nation!“‘Positive Christianity,’ which the Jewish people wanted, clashed with ‘Negative Christianity’ as Jesus himself represented it!....Friends, can we risk going with our nation without forgiveness of sins, without that so-called ‘Negative Christianity’ which, when all is said and done, clings in repentance and faith to Jesus as the Savior of sinners? I cannot and you cannot and our nation cannot! ‘Come let us return to the Lord!’”
— Martin Niemoller, From U-boat to Pulpit(1934) 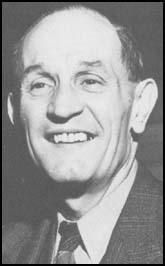 Read:
From U-boat to Pulpit(1934) spartacus-educational.com