Wednesday: So, you're perfectly okay believing that tiny people on television can predict the weather. But you crinkle with consternation at the mere suggestion that you could make it snow.

Shadow: One of those things is science, okay? The other is fantasy.

Wednesday: You're talking about it like it's apples and oranges.

Shadow: It's not apples and oranges, okay? It's reality and fantasy.

Wednesday: Oh, so that's how the world works! It's either real or it's fantasy? 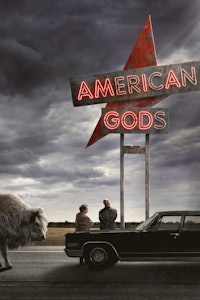