“Before there was light, before there was God and the archangels there wasn't nothing, there was the Darkness. A horribly destructive amoral force that was beaten back by God and his archangels in a terrible war. God locked the Darkness away where it could do no harm, and he created a Mark that would serve as both lock and key, which he entrusted to his most valued lieutenant....Lucifer. But the Mark began to assert its own will, revealed itself as a curse and began to corrupt. Lucifer became jealous of man, God banished Lucifer to Hell, Lucifer passed the Mark to Cain, who passed the Mark to you—the proverbial finger in the dike.”
— Death, Supernatural, Season 10: Brother's Keeper
Tagged: Darkness, Archangels, Lucifer, God, Cain, Mark of Cain, Amoral
Share on Facebook
Share on Twitter 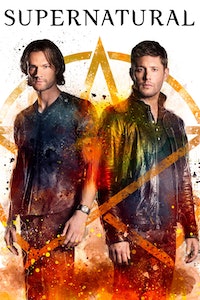