“I saw something moving round the foot of the bed, which at first I could not accurately distinguish. But I soon saw that it was a sooty-black animal that resembled a monstrous cat. It appeared to me about four or five feet long for it measured fully the length of the hearthrug as it passed over it; and it continued to-ing and fro-ing with the lithe, sinister restlessness of a beast in a cage. I could not cry out, although as you may suppose, I was terrified. Its pace was growing faster, and the room rapidly darker and darker, and at length so dark that I could no longer see anything of it but its eyes. I felt it spring lightly on the bed. The two broad eyes approached my face, and suddenly I felt a stinging pain as if two large needles darted, an inch or two apart, deep into my breast. I waked with a scream.”
— J. Sheridan Le Fanu, Carmilla: A Pomegranate Vintage Vampire Edition

This is said to be Bram Stoker's reference for "Dracula" 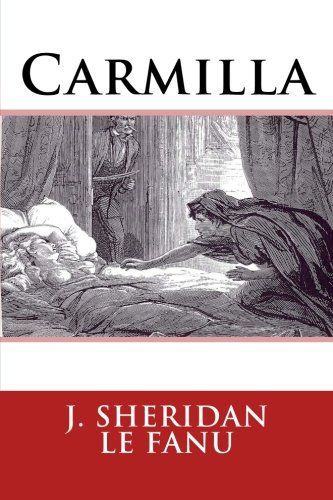