“Whether or not we can create psychological effects as a result of working with imagery, it appears that sometimes our thoughts can have effects on our immune systems as found in a field of investigation that has come to be known as psychoneuroimmunology (O'Regan, 1983).

In one study, rats were given a novel-tasting drink 30 minutes before being injected with a drug that suppresses the immune system. Subsequently, these same animals, when given the novel-tasting drink alone, had suppressed immune functioning even though they were no longer receiving any immunosuppressive drugs (Ader & Cohen, 1975). In other words, an association had been formed between the way something tasted and the activity of the immune system.

In a different study, it was concluded that a specific type of white blood cell could conform to imagined changes (Schneider et al., 1990). If the immune system can be affected by guided imagery in healthy people, this raises the question of the scope of power of the mind to create physiological and psychological changes also in the cases of illness. For example, an effort has sometimes been made to use guided imagery in the treatment of cancer.

As it stands, the results of research in psychoneuroimmunology suggest that there is a more intimate connection between the physiological, cognitive, and experiential aspects of our nature than we might suppose.”
— Imants Baruss, Alterations of Consciousness (An Empirical Analysis For Social Scientists)
Tagged: Science, Imagery, Consciousness, Interesting Research, Physiology, Psychology, Cognitive Psychology, Amazing Science Lessons
Share on Facebook
Share on Twitter 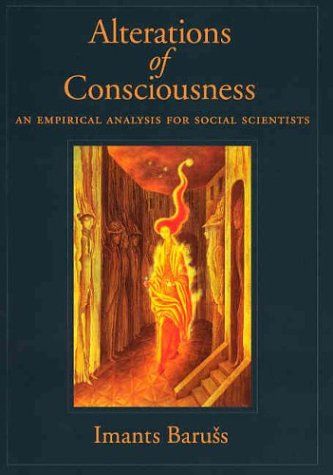 Read:
Alterations of Consciousness (An Empirical Analysis For Social Scientists)