“People who run for office and are defeated aren’t rejected in the usual sense of the word. They’re just defeated because they couldn’t get enough votes that one time. It doesn’t mean the public despises them. It’s a preference for somebody else for that particular office at that particular moment, that’s all. The examples I’ve given have shown that when those men were passed up, they were still highly thought of and were still great men. There were a good many like that. You take the Adams family. After John Quincy Adams passed on, there were Adams descendants in Lincoln’s cabinet. They wrote important histories and things of that kind. Even in the states, some good men are governors who have been defeated previously in elections, even in previous tries for governor. If they don’t become pessimists and decide to lay down and take it, if they get up and start over again, why, they don’t have any trouble.”
— Harry S Truman, Where the Buck Stops: The Personal and Private Writings of Harry S. Truman
Tagged: Politicians, John Quincy Adams
Appears In: Quotes To Make You Smile
Share on Facebook
Share on Twitter 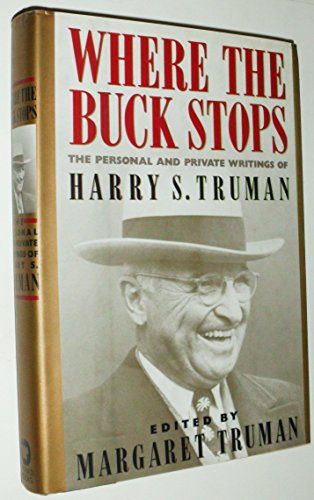 Read:
Where the Buck Stops: The Personal and Private Writings of Harry S. Truman