“What are you guys complaining about? You know what happened. James Comey decided to play judge, jury and executioner, and, on October 28th, he executed the Hillary Clinton campaign—killed her in Pennsylvania, killed her in Michigan, killed her in Wisconsin and handed Donald Trump the presidency and, at the same time, decided to pardon the Trump campaign in the court of public opinion by refusing to confirm the public—to the public the investigation that was taking place in the Trump campaign.”
— Hakeem Jeffries, Rep. Hakeem Jeffries to Republicans: Stop Peddling Lies About A Phony Witch Hunt
Tagged: Hillary Clinton, James Comey, Donald Trump, 2016 Election
Share on Facebook
Share on Twitter 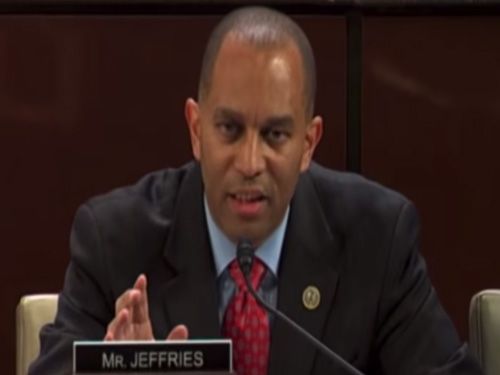