“It is often argued that religion is valuable because it makes men good, but even if this were true it would not be a proof that religion is true. That would be an extension of pragmatism beyond endurance. Santa Claus makes children good in precisely the same way, and yet no one would argue seriously that the fact proves his existence. The defense of religion is full of such logical imbecilities. The theologians, taking one with another, are adept logicians, but every now and then they have to resort to sophistries so obvious that their whole case takes on an air of the ridiculous. Even the most logical religion starts out with patently false assumptions. It is often argued in support of this or that one that men are so devoted to it that they are willing to die for it. That, of course, is as silly as the Santa Claus proof. Other men are just as devoted to manifestly false religions, and just as willing to die for them. Every theologian spends a large part of his time and energy trying to prove that religions for which multitudes of honest men have fought and died are false, wicked, and against God.”
— H. L. Mencken, Minority Report
Tagged: Religion, Pragmatism, Santa Claus
Share on Facebook
Share on Twitter 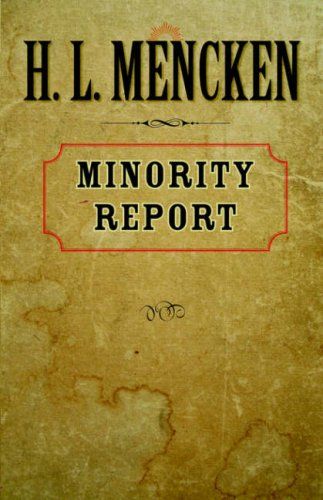