“Henry: Wait, uh... What is going on? I was kidding around with you! What's happening here? Is she crazy or something?

Sue: Lucy is a very special person. Very different from other people.

Sue: About a year ago, Lucy was in a terrible car accident. She and her father went up North Shore to get a pineapple. Her Father broke some ribs, but Lucy suffered a serious head injury. She lost her short term memory.

Henry: So she can't remember anything?

Sue: No, no, no. She has all of her long term memory. That's a different part of the brain. Her whole life, up to the night before the accident, she remembers. She just can't retain any new information. It's like her slate gets wiped clean every night while she sleeps.

Henry: Hold on, here. This sounds like something I would tell a psycho girl so she would stop calling me. Am I the psycho girl?

Sue: I wish I was making this up! She has no memory that she ever met you.

Henry: What about the pineapple thing?

Sue: She says that every day, because each morning she wakes up thinking it's October thirteenth of last year. She comes here for breakfast because that's what she did on Sundays, and October thirteenth was a Sunday. She has no idea it's more than a year later.

Henry: She reads the newspaper though.

Sue: It's a special paper her Father puts on their porch every night. It's from the day of her accident. He got hundreds of them printed up. Lucy does the same thing every day.”
— Henry Roth, 50 First Dates
Tagged: north shore, pineapple, newspaper
Share on Facebook
Share on Twitter 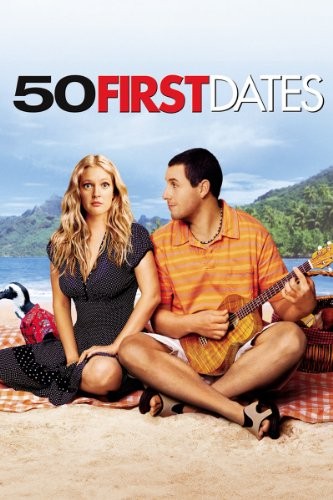