“So, she [Paris Hilton] was a very wealthy woman, [initially] not that well known and then she gets to mega-stardom. How? The sex tape. Which was made by her boyfriend at the time, who was married, and thirteen years her senior. She sued to try and stop it [the tape’s circulation] and she couldn’t and it became the best selling sex tape for two years on the porn market. Now I want us, instead of thinking of Paris Hilton as a punchline in a joke, I want us to think of the trauma of being nineteen years old and that [sex tape] is circulating everywhere. Just [think] for a moment what it must have felt like. And then, as most women who are traumatized, there was two choices. You either run and hide and never ever come out again. Or you decided, in a kind of pathological way, to embrace that trauma and own it as your own. So what she said is, "If you're going to call me a slut, then guess what? I'm going to be the best fucking slut you've ever met in your life. Which is, by the way, a traumatic response to conditions that are out of your control.”
— Gail Dines, Dr. Gail Dines
Tagged: Porn Culture, Slut Shaming, celebrity, sex tape
Share on Facebook
Share on Twitter 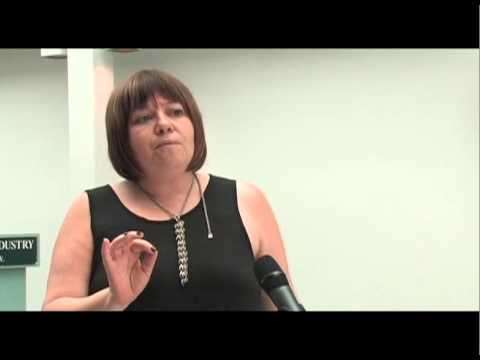