“Puritanism celebrated its reign of terror in England during the sixteenth and seventeenth centuries, destroying and crushing every manifestation of art and culture. It was the spirit of Puritanism which robbed Shelley of his children, because he would not bow to the dicta of religion. It was the same narrow spirit which alienated Byron from his native land, because that great genius rebelled against the monotony, dullness, and pettiness of his country. It was Puritanism, too, that forced some of England's freest women into the conventional lie of marriage: Mary Wollstonecraft and, later, George Eliot. And recently Puritanism has demanded another toll—the life of Oscar Wilde. In fact, Puritanism has never ceased to be the most pernicious factor in the domain of John Bull, acting as censor of the artistic expression of his people, and stamping its approval only on the dullness of middle-class respectability.””
— Emma Goldman, Anarchism and Other Essays
Tagged: Anarchism, Puritanism, Lord Byron, Percy Bysse Shelley, Mary Wollstonecraft, George Eliot, John Bull
Share on Facebook
Share on Twitter 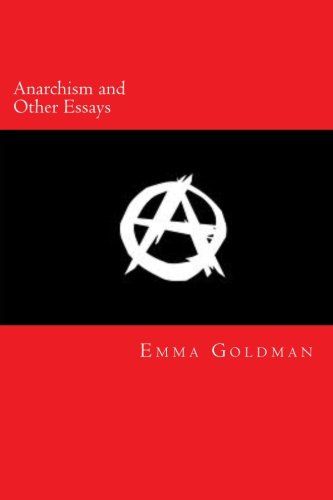 Read:
Anarchism and Other Essays