“Certainly the anonymous scarecrow portrait was intended to put him in his place, in much the same way as the philosopher David Hume was said to have dismissed Williams’s accomplishments by comparing the admiration people had for him to the praise they might give a parrot who speaks a few words plainly. It is clear, then, that in eighteenth-century Britain there were Britons, like the painter Gainsborough, who were ready to accord respect to an African, even an African who was a servant; and there were other Britons, like the anonymous painter of Francis Williams, or the eminent philosopher Hume, who would sneer at a black man’s achievement. And it was not so much a question of the times in which they lived as the kind of people they were. It was the same in the times of Joseph Conrad a century later, and it is the same today!”
— Chinua Achebe, The Education of a British-Protected Child: Essays
Tagged: Joseph Conrad, David Hume, Francis Williams, Britons, Gainsborough
Share on Facebook
Share on Twitter 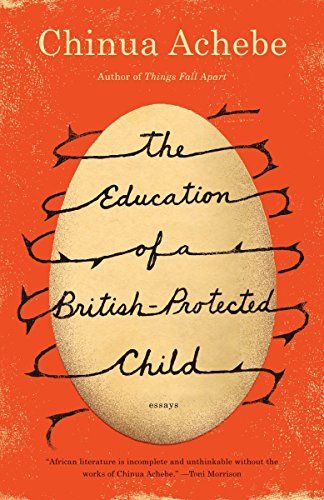 Read:
The Education of a British-Protected Child: Essays