“Nineteen-sixty-eight...I was twelve years old. A lot happened that year. Dennis McLain won thirty-one games...'The Mod Squad' hit the air...And I graduated from Hillcrest Elementary, and entered junior high school. But we'll get to that. There's no pretty way to put this...I grew up in the suburbs. I guess most people think of the suburb as a place with all the disadvantages of the city, and none of the advantages of the country. And vice versa. But, in a way, those really were the wonder years for us there in the suburbs. It was kind of a golden age for kids.”
— Narrator (Adult Kevin), The Wonder Years, Season 1: Pilot
Tagged: Mod Squad
Share on Facebook
Share on Twitter 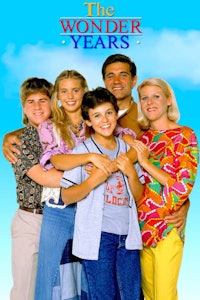