“In September of 2019, a proposal to install a rainbow crosswalk in the city of Chilliwack, British Columbia was voted down by the city council. Dissenters argued that such a crosswalk would be seen as a 'political statement' and would be 'divisive,' but according to Yahoo! News, that hasn't stopped people from installing 16 of them on privately owned property.”
— Annie Reneau, Upworthy, A city council voted down a rainbow crosswalk. Now residents have painted 16 of them
Tagged: rainbow, LGBTQIA, Politics
Share on Facebook
Share on Twitter 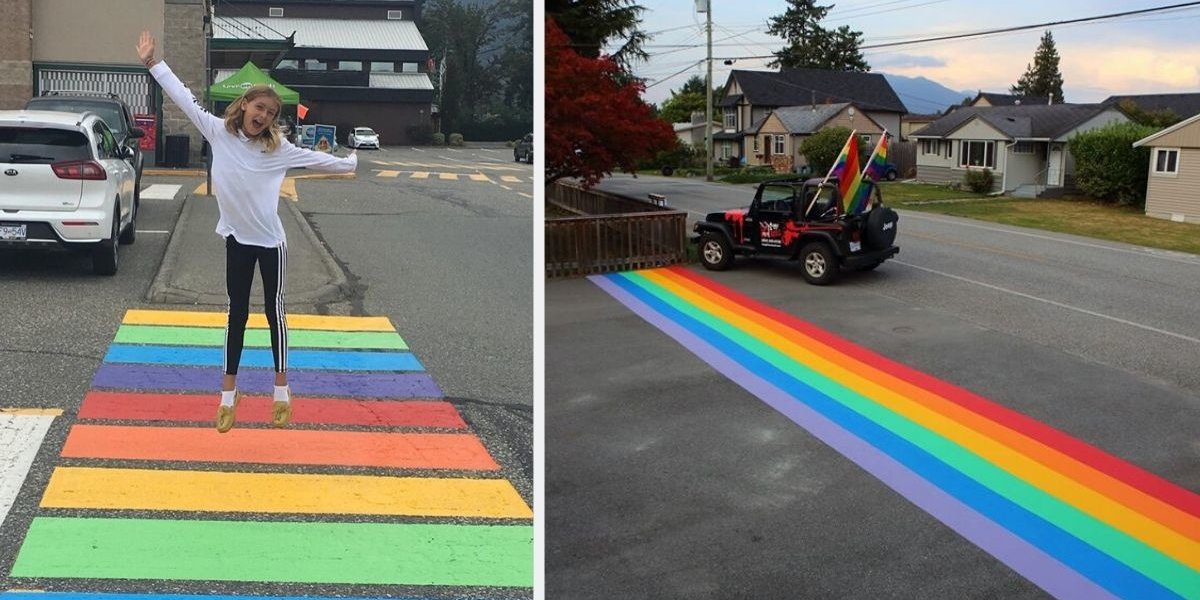 Read:
A city council voted down a rainbow crosswalk. Now residents have painted 16 of them upworthy.com