“Samantha Winslow: My husband Roger used to go on these ridiculous safaris for weeks at a time. He wanted to be John Huston but, actually, he was more like Woody Allen. Roger used to tell this story of a man from Australia who was famous for killing lions and a lion from Kenya who was famous for killing men. This particular lion had killed and eaten over twenty-five villagers and the hunter thought, Well, this creature must be the fiercest creature he will ever encounter. When he got to the village he built a blind right at the edge of the trees and he waited. He was terrified. He felt vulnerable. I mean, what kind of creature was this who could kill twenty-five men and never be stopped? Night came and as the hunter looked out into the bush he didn't realize that behind him the villagers had gathered up their goats inside their huts to keep them safe. But, then, there wasn't enough room for everyone to sleep so they pushed the elderly outside for the lion, you see, for the lion. Cheers.

Samantha Winslow: Do you think there's a moral to this story, Mr. Donovan? 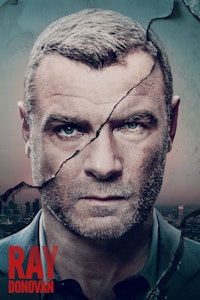