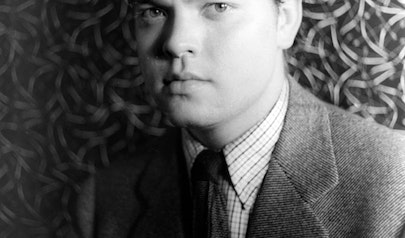 Educated At: School Of The Art Institute Of Chicago, Todd Seminary For Boys

Total quotes: 4
“If you want a happy ending, it depends on where you stop the story.”
— Orson Welles, Happy Endings in Hollywood Cinema: Cliché, Convention and the Final Couple
Tagged: happy ending, Story, Choices, Decisions
“Visions are worth fighting for. Why spend your life making someone else's dreams?”
— Orson Welles, Ed Wood
Tagged: Visions, Fighting, Dreams
“I can see ahead only to the next thing. Let's solve that next thing first. Then we can go on to other things.”
— Orson Welles, This Is Orson Welles
Tagged: strategy
“There are three intolerable things in life—cold coffee, lukewarm champagne, and overexcited women.”
— Orson Welles, 20,000 Quips & Quotes
Tagged: Coffee, champagne, Intolerable, Women, Life
loading next page...
“That's all there is; there isn't anymore.” —Ethel Barrymore