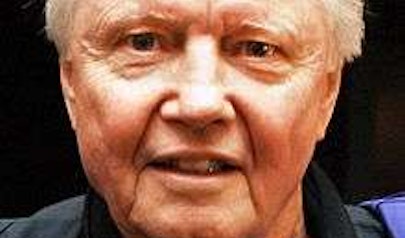 Mr. Sir: If you don’t bother them they won’t bother you and ya won’t get bitten and die. Usually.”
— Marion Sevillo "Mr. Sir", Holes
Tagged: Lizards, hot sun, Rattlesnakes
“Never show weakness, the only pain that matters is the pain you inflict.”
— Coach Bud Kilmer, Varsity Blues
Tagged: Weakness, Pain, Sadism
“The world went fucking nuts when I was inside. Now you can buy pot in the strip mall, they got a black guy in the White House, and two men can marry each other.”
— Mickey Donovan, Ray Donovan, Season 2: Viagra
Tagged: Nuts, Reality, different
“Zig-Zag: Say, I didn’t know Marion was a man’s name.

Stanley: Thank you, Mr. Sir.”
— Marion Sevillo "Mr. Sir", Holes
Tagged: Water, Life, Thank You
“What's the difference between zit and a priest? The zit waits to come on your face until your fourteen.”
— Mickey Donovan, Ray Donovan, Season 2: Walk this Way
Tagged: zit, priest, come, face, fourteen
“Mickey: I got a good one for ya.

Mickey: What's the difference between acne and a priest? Acne waits until a boy's 14 to come on his face.”
— Mickey Donovan, Ray Donovan, Season 2: Walk this Way
Tagged: Anti-Catholic, Child Molestation
“Ratso Rizzo: You didn't kill him, did you?

Joe Buck: I don't want to talk about it.”
— Joe Buck, Midnight Cowboy
Tagged: Killer, Don't Want To Talk
“No matter what disasters may occur in other parts of the world... or whatever petty little problems arise in Atlanta... no one can find us up here. Good night, Lewis.”
— Ed Gentry, Deliverance
Tagged: Disasters, Safe, Atlanta
“You know how ya start your mornings in prison? Watching your cellmates take a shit!”
— Mickey Donovan, Ray Donovan, Season 1: Twerk
Tagged: Prison, Cellmates, Scatological
“Mr. Sir: There ain’t nothing down there. We woulda found it by now.

Mr. Pendanski: I wouldn’t tell the queen bee that.

Mickey: Writing a screenplay. It's going to be a killer.

Manager: Writing? I didn't even know you could read.

The Warden Walker: You’ll do as I say. [puts her hat on and leaves]

Mr. Pendanski: What did she say?

Mr. Pendanski: What do we do?

Mr. Pendanski: But you didn’t say anything, either.”
— Marion Sevillo "Mr. Sir", Holes
Tagged: do as i say
“The Warden Walker: [while all the boys are digging out a deep trench, Armpit tries to dupe the Warden into thinking that he has found something which is obviously nothing more than a recently broken TV knob] Are you trying to be funny, or do you just think I’m stupid?

Armpit: No, ma’am. I wasn’t trying to be funny.

The Warden Walker: Excuse me?

Mr. Sir: You know something, Armpit? Your little joke has just cost you a week of shower privileges.”
— Marion Sevillo "Mr. Sir", Holes
Tagged: Funny, Stupid, shower privilege
loading next page...
“That's all there is; there isn't anymore.” —Ethel Barrymore