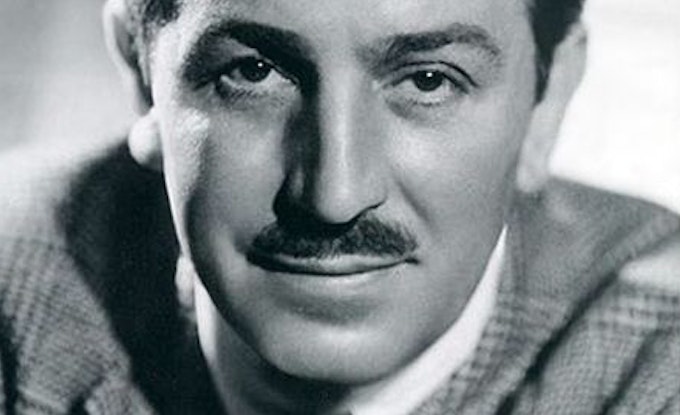 Educated At School Of The Art Institute Of Chicago

All our dreams can come true — if we have the courage to pursue them.

I suppose my formula might be: dream, diversify and never miss an angle.

I must explore and experiment. I am never satisfied with my work. I resent the limitations of my own imagination.

No! Don’t think outside the box! Once you say that, you’ve established that there is a box.

— Walt Disney, How to Be Like Walt: Capturing the Disney Magic Every Day of Your Life

— Walt Disney, How to Be Like Walt: Capturing the Disney Magic Every Day of Your Life

A person should set his goals as early as he can and devote all his energy and talent to getting there. With enough effort, he may achieve it. Or he may find something that is even more rewarding. But in the end, no matter what the outcome, he will know he has been alive.

When you’re curious, you find lots of interesting things to do.

Leadership implies a strong faith or belief in something.

Never get bored or cynical. Yesterday is a thing of the past.

That’s the real trouble with the world, too many people grow up.

Family fun is as necessary to modern living as a kitchen refrigerator.

Part of the Disney success is our ability to create a believable world of dreams that appeals to all age groups.

The way to keep children out of trouble is to keep them interested in things. Lecturing to children is no answer to delinquency. Preaching won’t keep kids out of trouble. But keeping their minds occupied will.

We are not trying to entertain the critics. I’ll take my chances with the public.

All the adversity I’ve had in my life, all my troubles and obstacles have strengthened me.

I didn’t treat my own youngsters like frail flowers, and I think no parent should.

— Walt Disney, The Personal Religious Philosophies and Contemporary Achievements of Great Americans of Our Day

A man should never neglect his family for business.

Animals have personalities like people and must be studied.

Of all our inventions for mass communication, pictures still speak the most universally understood language.’

My own concept of prayer is not as a plea for special favors nor as a quick palliation for wrongs knowingly committed. A prayer, it seems to me, implies a promise as well as a request; at the highest level, prayer not only is a supplication for strength and guidance, but also becomes an affirmation of life and thus a reverent praise of God.

— Walt Disney, The Personal Religious Philosophies and Contemporary Achievements of Great Americans of Our Day