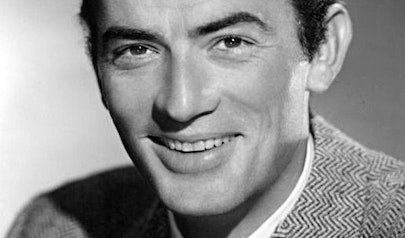 Total quotes: 3
“Do you know what I saw on the television in my motel room at one o'clock this morning? Films of Hitler! They are showing films about the war! The movement! People are fascinated! The time is ripe! Adolf Hitler is alive!”
— Dr. Josef Mengele, The Boys from Brazil
Tagged: Hitler, Nazi Movies, Fourth Reich
“If you just learn a single trick, Scout you'll get along a lot better with all kinds of folks. You never really understand a person until you consider things from his point of view. Until you climb inside of his skin and you walk around in it.”
— Atticus Finch, To Kill A Mockingbird
Tagged: Dad Advice, Relationships
“I remember when my daddy gave me that gun. He told me that I should never point it at anything in the house; and that he'd rather I'd shoot at tin cans in the backyard. But he said that sooner or later he supposed the temptation to go after birds would be too much, and that I could shoot all the blue jays I wanted—if I could hit 'em; but to remember it was a sin to kill a mockingbird.”
— Atticus Finch, To Kill A Mockingbird
Tagged: Guns, Sin, Temptation, Mockingbird
loading next page...
“That's all there is; there isn't anymore.” —Ethel Barrymore