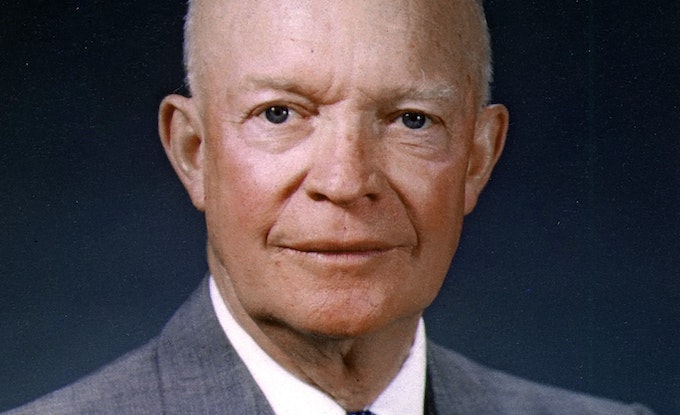 Everything we could think of to do has been done; the troops are fit; everybody is doing his best. The answer is in the lap of the gods.

Eisenhower was a master of the 'hidden hand.' It's how he destroyed McCarthy.

When Eisenhower entered the White House after his election, the chief usher gave him a sealed envelope.

'Never bring me a sealed envelope. That's what I have staff for.'

Don't pick fights with members of your own team.

Amor fati is about loving what happens and making use of it.

— Unknown, Amor Fati: Learning To Love And Accept Everything That Happens

Act as your own nature commands you; put up with whatever common nature brings to you.

Evolution is necessarily slow since we resent it so.

— Florida Maxwell Scott, Amor Fati: Learning To Love And Accept Everything That Happens

All humans are like quadriplegics. We must accept the operational constraints imposed on us by who we are.

We must not only put up with it, but love it.

— Pierre Hadot, The Inner Citadel: The Meditations of Marcus Aurelius

Life is a game of dice. Even if you don't throw the number you like, you still have to play it and play it well.

Impassivity with regards to the events, brought about by the exterior cause.

The human soul dishonors itself when it does not direct its actions and impulses as much as possible, towards some goal, but instead does whatever it does, it does inconsiderately bad without reflection.

But there are insuperable obstacles. Then its not a problem. The cause of your inaction lies outside you.

In the long run, the most unpleasant truth is a safe companion than a pleasant falsehood.

'Know theyself.'
'Nothing in excess.'
'Offer a guarantee and disaster threatens.'

— Unknown, Know Thyself and other inscriptions in Delphi

Maybe the simple truth would do. ‘Good morning. You are the 100% perfect girl for me.'

There's value in disaster. All our mistakes burned up. Thank god we can start again.

One can always improve their character, all the way to the end.

— Unknown, The Ethics of Aristotle

You ought to be preparing yourself... to hear truths which no inflexibility will be able to withstand.

Admire the people who beat you. Hire them.

— Zemurray, The Fish That Ate the Whale: The Life and Times of America's Banana

Cheerful people don't get frustrated, hurt, or rejected–though they create those feelings in the people attempting to stop them.

My formula for greatness in a human being is amor fati: that one wants nothing to be different, not forward, not backward, not in all eternity. Not merely bear merely what is necessary, still less conceal it... but love it.

Fate soon teaches us, in a rough and ready way, that we really possess nothing at all, but that everything in the world is at its command.

Fate and opportunity lead the way, not you.

— Unknown, HOW TO THINK ABOUT OBSTACLES

You must let it run its course and abide the result.